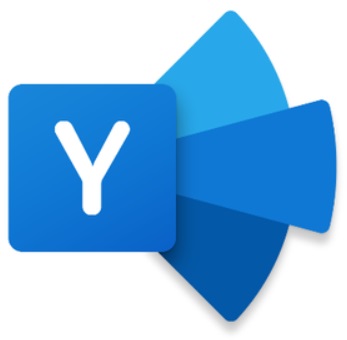 We have had a number of emails from our members who have expressed concerns about the increasingly condescending and patronising nature of some Yammer commentary from the St John leadership team. This deterioration in tone may reflect the increasingly desperate nature of our managers to ‘flog a dead horse’, in the form a the Clinically Appropriate Model or Care’ and the SW Pilot, or it could just be symptomatic of a general contempt from Belmont towards operational staff.

As entertaining as it can be watching our senior managers flounder in their attempts to misrepresent proposals on Yammer, the AEAWA committee would respectfully recommend that any questions regarding the Ambulance Officer / Paramedic EBA be channeled through the negotiation team, rather than engaging with managers and directors on the St John Yammer forum. This is your choice of course, and we fully respect any members right to engage directly with management, we just wish to highlight that St John have significant motivation in their frequent encouragement of staff to engage directly with management on Yammer.

St. John are actively soliciting interaction on Yammer so that they can directly present an overwhelmingly ‘positive’ and one sided view of their EBA offer, and other plans to implement a heavily management oriented metropolitan model.

It may not surprise you to learn that all St John communications regarding the EBA (both email and video) have been carefully scripted and produced in advance of the negotiation meeting. The ‘Enterprise Agreement Update emails’ are sent to all staff even before the actual EBA meetings have concluded for the day, and the message that they want you to hear has been predetermined well in advance, often not even reflecting the actual discussion which took place in the meeting. Similarly, the videos that have been released so far have all been pre-recorded PR videos. Various ministries of propaganda would be impressed. Make no mistake St John are being very proactive in trying to sell an offer which will undoubtedly damage our industry and increase profits, while doing nothing for response times, ramping and unanswered calls in SOC.

St John have also made it clear that they wish our EBA negotiations to be conducted in ‘as public a forum’ as the Yammer platform allows, with our pay and conditions to be discussed in conversations and threads visible to all employees, as well as to over 11,000 volunteers and EHS. While an Enterprise Agreement isn’t strictly confidential, we feel the discussion of its content should be limited to those people to whom it directly affects. Perhaps St John want future ambos who may be currently volunteering, to know exactly how they propose to decimate WA’s average Paramedic salary with Paramedic Interns and Qualified Paramedics.

Further to this debacle, recent months have seen several of our colleagues publicly berated and their ability publicly brought into question by our senior ‘leaders’. We have seen prehospital clinicians assessed as being reckless and negligent, where the ‘average degree of risk tolerance in doctors is well below the average risk tolerance in the prehospital world’. We have seen conversations shut down and closed to further comment when the feedback is contrary to ‘the message’, or is felt to be too close to the truth, and we have seen suggestions that there may be no difference in outcomes between patients seen by paramedics, versus those seen by volunteers (which if true would likely suggest CCP’s and prehospital Doctors would also make no difference).

In light of the above the AEAWA executive feel we should no longer support nor engage with the Yammer communication platform which comes with a one sided message, an intolerance for any dissenting voices, and a disdain and contempt for the operational staff who provide the core function of the business.

Please feel free to contact a delegate with any questions.